This 800m3 hall in the Oranjerie at Vanenburg Estate is used for both congress as concerts. Initially only a room acoustic study was performed, that already showed that audience would make the hall too dry for music. After a first concert, where this effect turned out to be very obvious, one has decided to incorporate an electro acoustic enhancement system. After an investigation it was decided to choose the LCS-VRAS system. A design with this system has been made as also the tuning and the fine tuning of the system. During tuning it was discovered that operating the system on low level, addressing the room by natural speech became easier and reduced the need for microphones. This led to the decision to have the system always active. 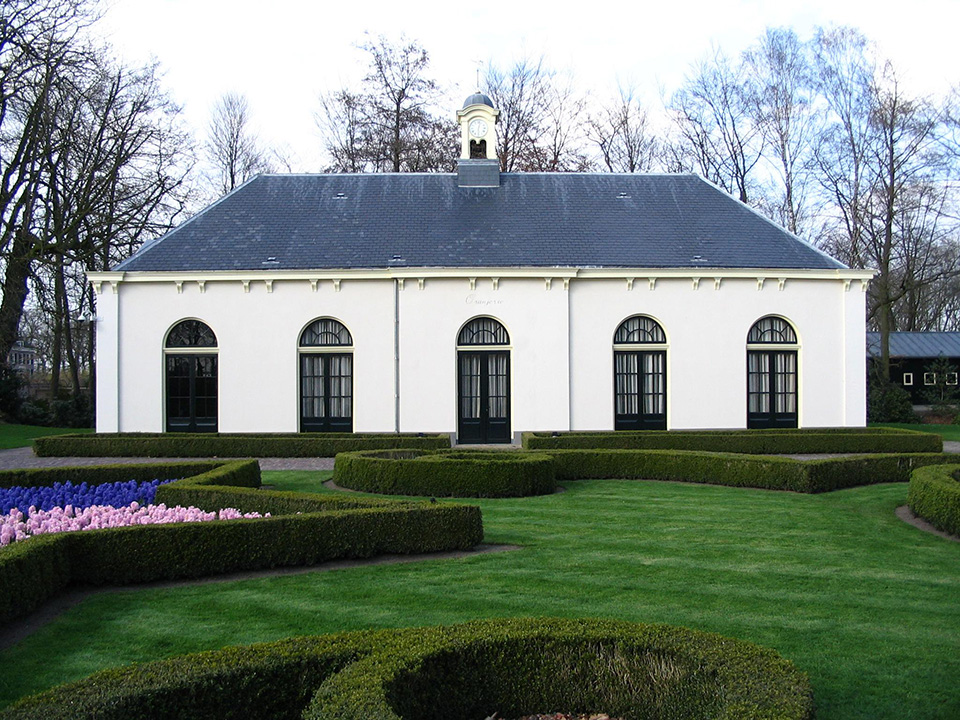 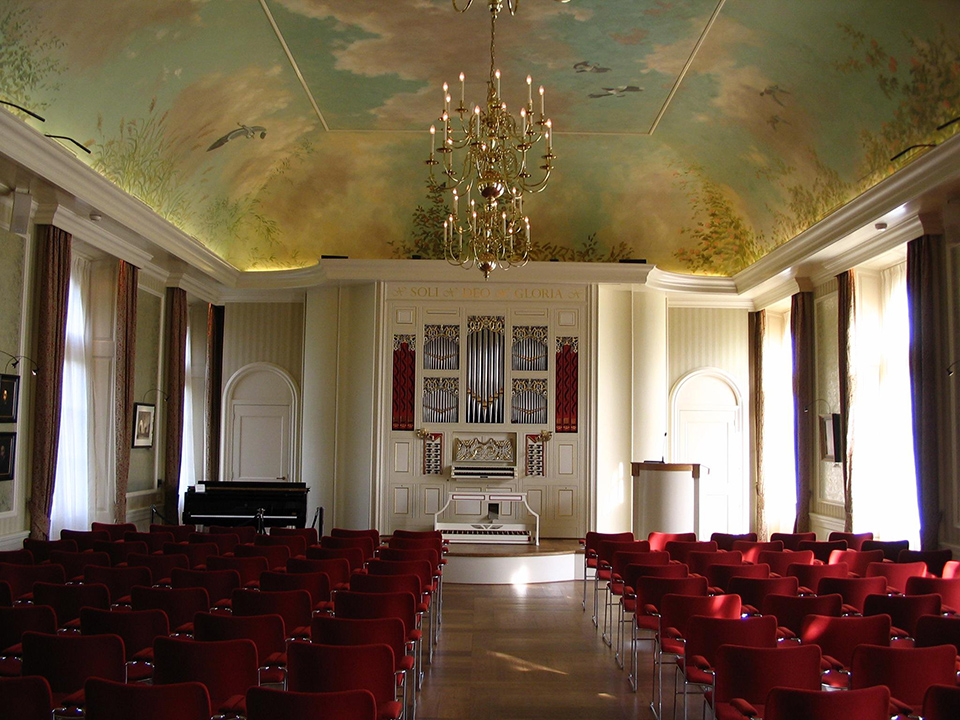 interior of the Oranjerie with the De Jong organ