Kahle Acoustics was approached by the Konserthus in order to improve the hall acoustics as well as ensemble conditions. After a first investigation the lack of resonance was caused by the way the ceiling was constructed; a small coupled volume separated by a steel mesh. The ceiling acted as an absorber. In order to correct this, microphones were placed under the mesh and loudspeakers above the mesh, creating with this a MCR system. The negative absorption of the system corrected the absorption of the ceiling and so the balance was restored. This was done first as a test (see photo), later a permanent system system was installed.

During this project it was discovered by investigating several level distribution settings within the MCR system that the distribution of the energy plays a major role in the perceptual quality of the sound in the hall and also ensemble conditions. This resulted in a paper Perceptual Relevance of the Location of Reverberation in Concert Halls published in Psychomusicology, Music, Mind and Brain, to the remembrance of the 100th anniversary of Leo L. Beranek.

view at the hall towards the stage with the Kungliga Filharmonikerna 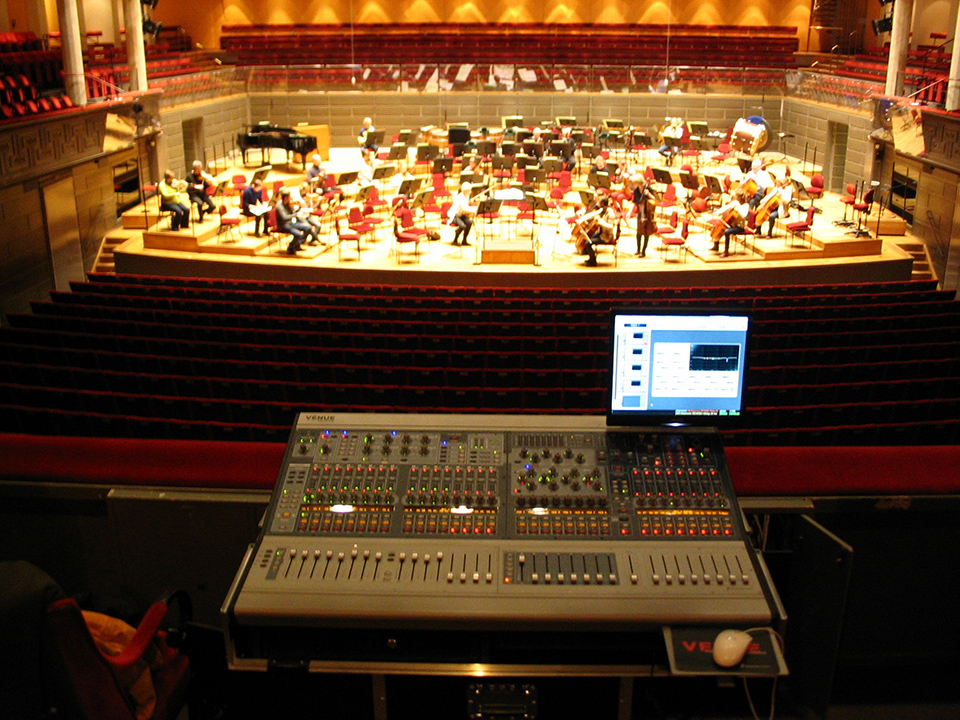