In The Hague a new concert hall, dance theatre and conservatory (the Spuikwartier project) is build on the same location as the previous one. A temporary theatre was required in order to stage the The Hague Philharmonic and the Netherlands Dance Theatre. For this the Zuiderstrandtheater, a temporary theatre, has been build near the beach at Scheveningen, The Hague. As both the orchestra as the dance group needs their own acoustics and also other activities should be staged, the acoustics of the hall needed to variable to stage the wide variety of performances. Also special acoustic measures were required for symphonic music due to the width of the hall. Special and highly optimised sound reflectors were designed (using Rhinoceros) and implemented in order to reduce the acoustic width of the hall and to support the sound from the stage towards the audience. For the variable acoustics a MCR-system was designed and implemented, that creates variable negative absorption. 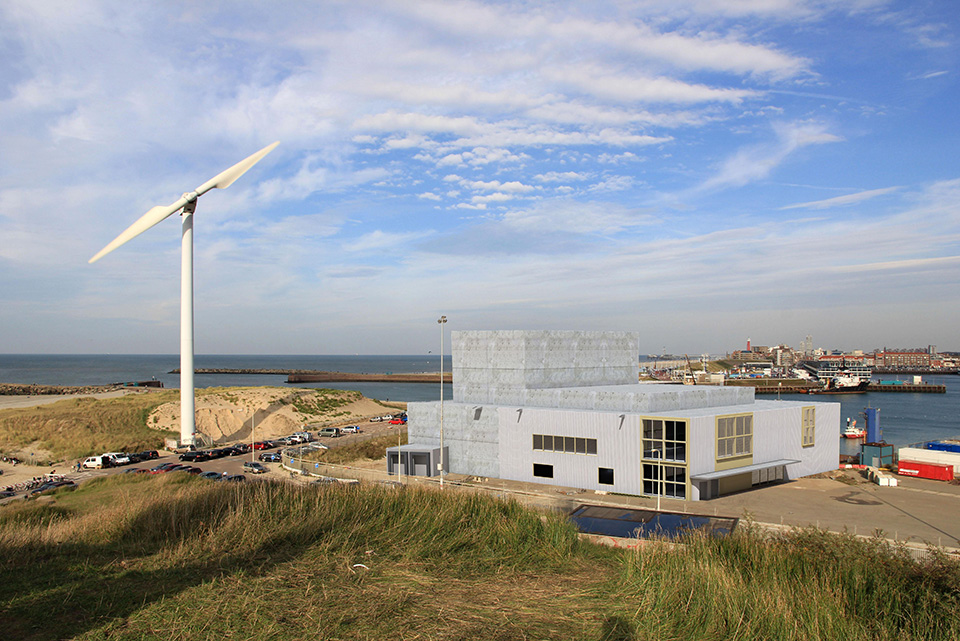 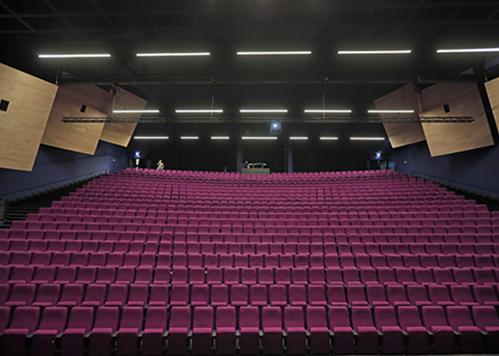 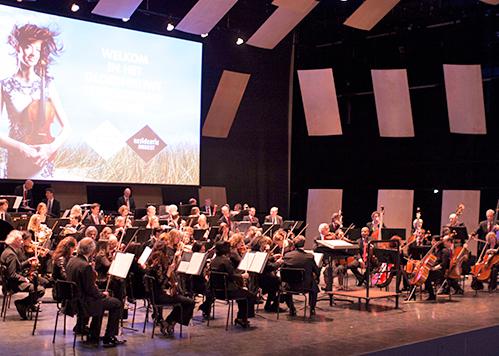 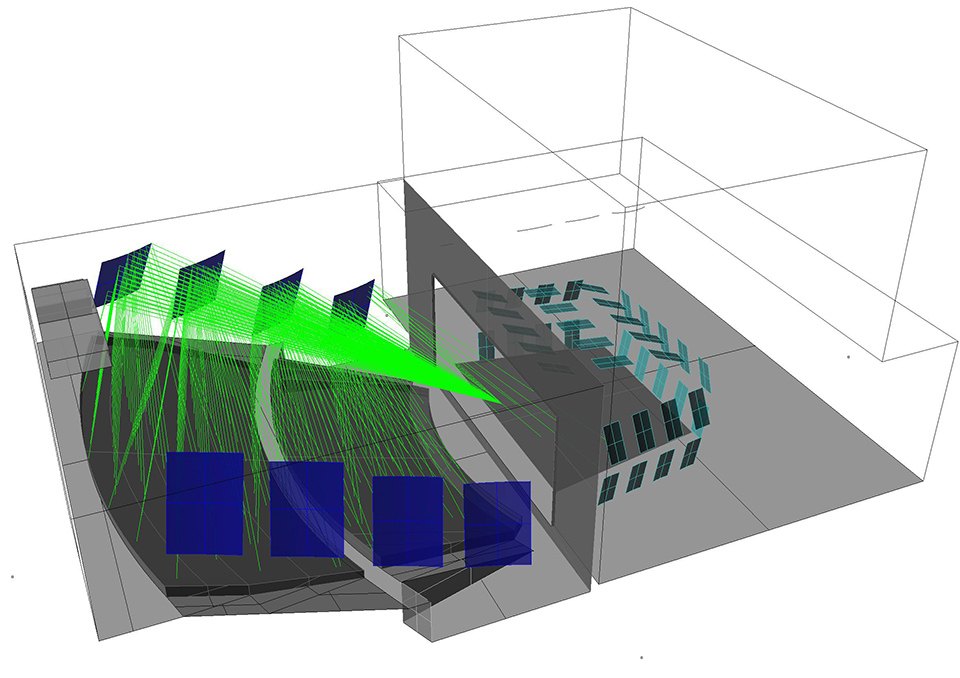