The performance Courage by the dance group Conny Janssen Danst was staged in a former gas tank in Rotterdam. This cylindrical tank had a diameter of 60m and a concave roof. The reverberation time in the empty tank measured 17s. for the mid frequencies. The objective for this project was to reduce the reverberation time and to get rid of the flutter echoes and extreme focussing of the sound. For this project a 3D model was made in Rhinoceros and so the geometry was investigated in order to determine the areas of concern. A large sphere was introduced by the scenery designer and from the geometry investigation it proved that this element reduced focussing and echoes significantly. Furthermore it turned out that the roof supported the sound, but the cylinder was responsible for strong focussing effects. This led to a large amount of absorption to be installed against the cylinder wall and zigzag placed wood panels on the lower 2.5m of the cylinder in order to get diffusion. The reverberation time reduced to under 3s. and flutter echoes were not perceived. The sound designer described the acoustic result as what he had wanted. 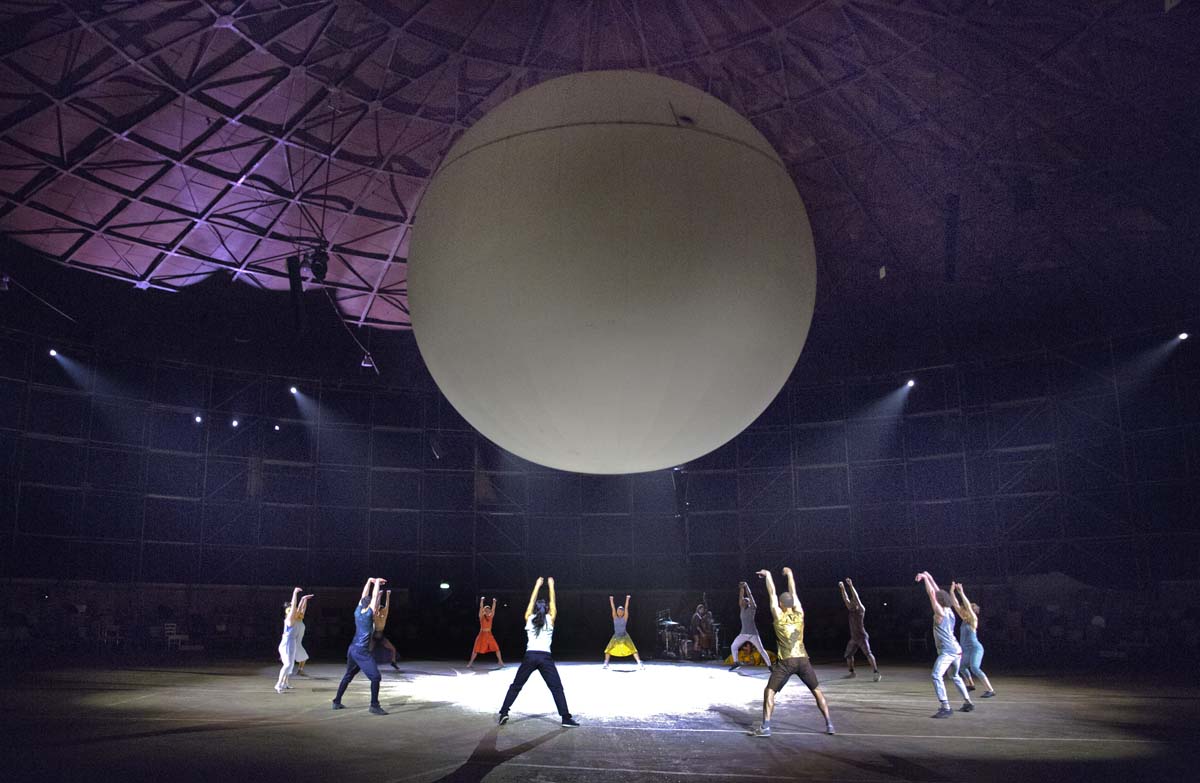 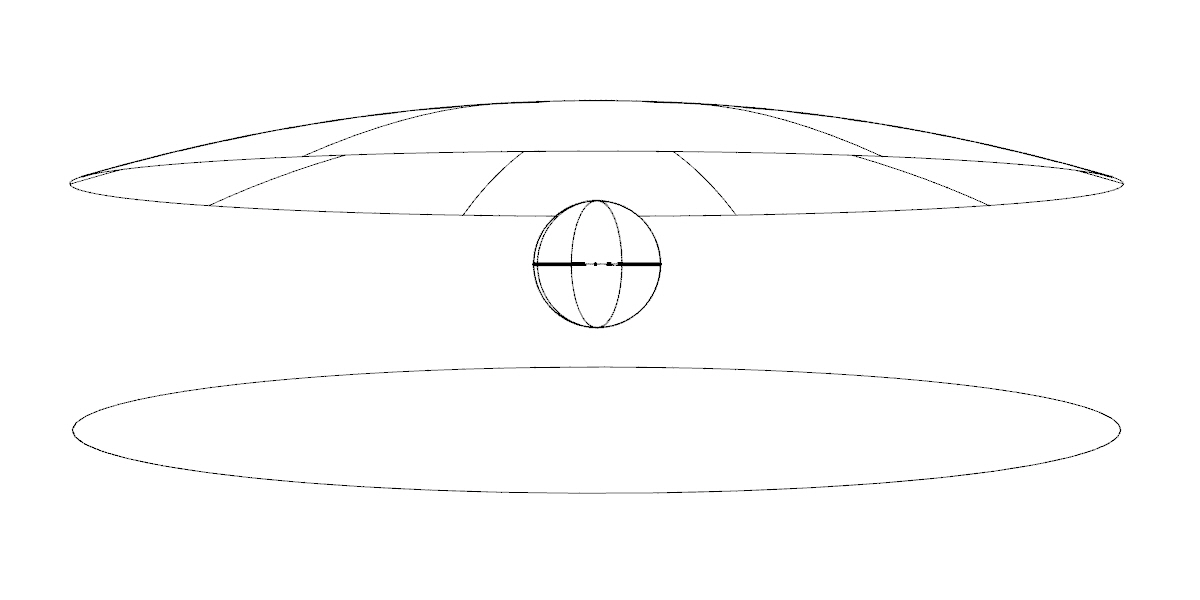