After an incident, where one discovered the speech intelligibility was so poor at the Pyramide that during an evacuation panic occurred, one had decided better intelligibility was necessity. As the acoustics at the Pyramide is very hard, using conventional loudspeakers was not an option. Constant lambda focussed arrays were proposed, and an initial test was conducted. the authorities were positively surprised by the quality and the intelligibility. A second test was conducted with larger arrays. This proved to be even better, such those were chosen to install, even with the architectural limits in mind.

inside the pyramde, view towards the column on which the loudspeakers are mounted 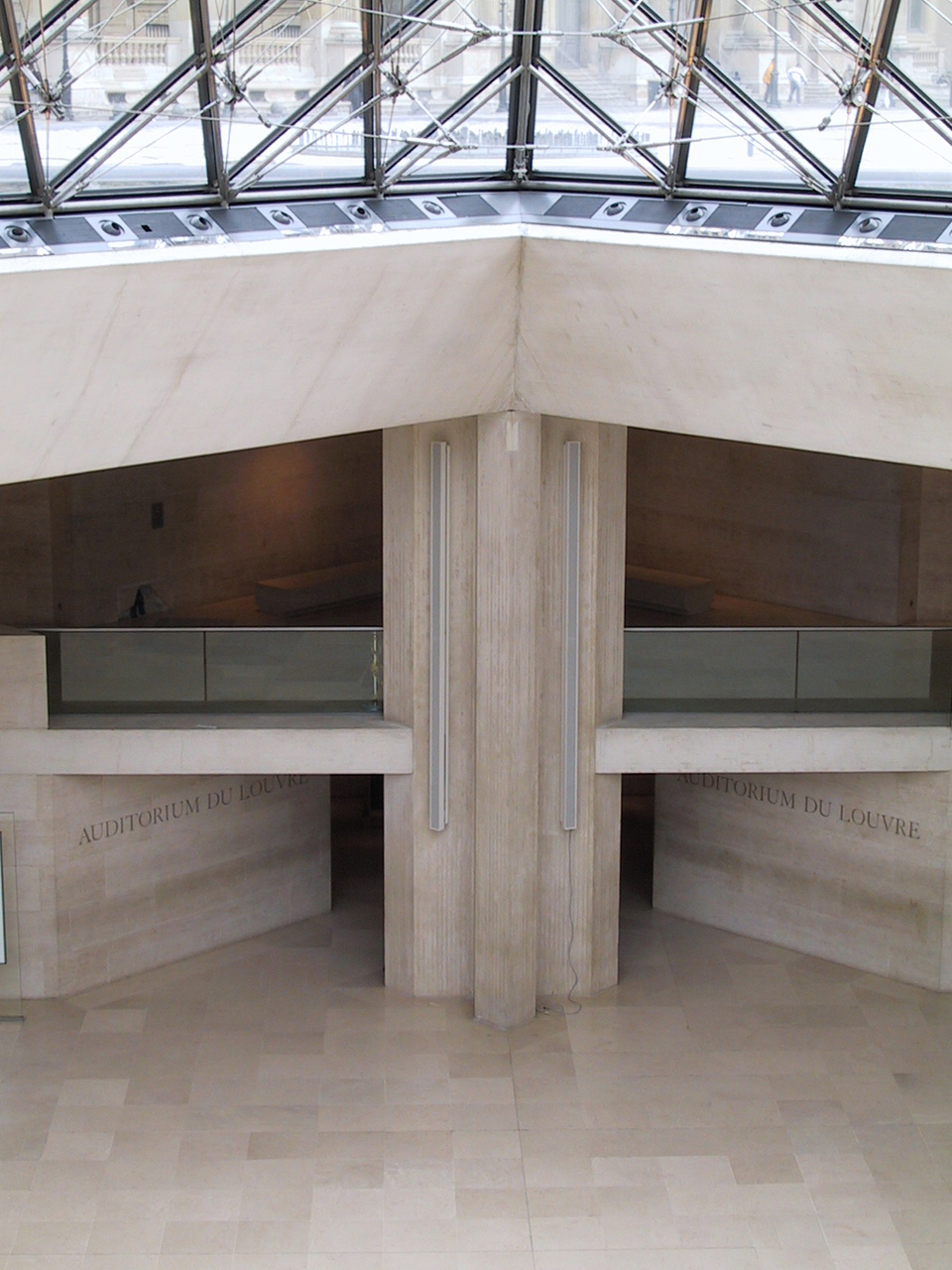 close view towards the loudspeakers