The new Iranian parliament was finished in 2000. However, the quality of the congress system installed was so poor, it lacked intelligibility. As the initial system contained critical design flaws and was poorly tuned it was decided the system should be replaced by a new one. The new system was based on constant-lambda end-fire arrays (Axys Intellivox) serving the main area. Secondary areas were tuned and time aligned such they didn't disturb the main area. On the input side microphone arrays (MicroTech Gefell KM930) were used. This way intelligibility was obtained. The scope of work comprised:
- acoustic survey prior to the design
- acoustic simulations using CATT-acoustics.
- system design (together with Bosch Security Systems)
- system tuning 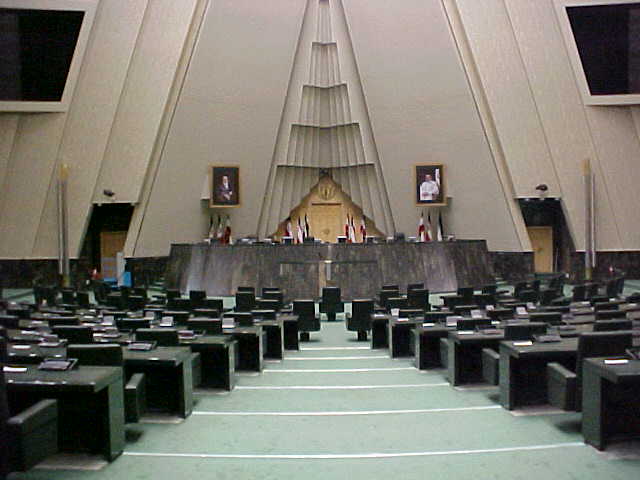 view at the speaker position 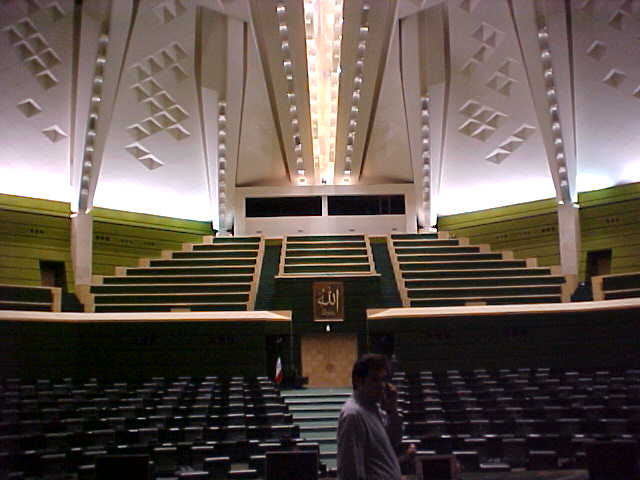 view at the hall 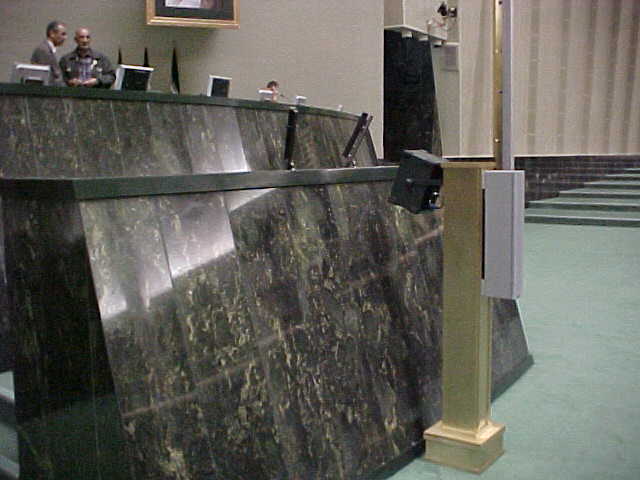 detail of microphones and front-fill loudspeaker

panorama of the hall