After one opera was staged at the Casino Théâtre Barrière, another one was staged at the Théâtre Natinal de Toulouse (TNT). The hall at TNT is a drama theatre with a small orchestra pit, too small to accommodate a 80 musicians orchestra. Therefore is was decided to place the orchestra behind the scene on a four meter high platform. The challenge is this theatre was not only to make the acoustics suitable for opera, but also to make sure the orchestra is sufficiently supported. The acoustics in the hall was adapted by using a MCR system. The orchestra was supported first of all by adding specular angled reflectors on stage. Furthermore six microphones were placed in front of the orchestra and integrated in the MCR system. During rehearsals the sound was balanced such the theatre hall sounded as an opera hall.

view at the stage with the orchestra behind the scene 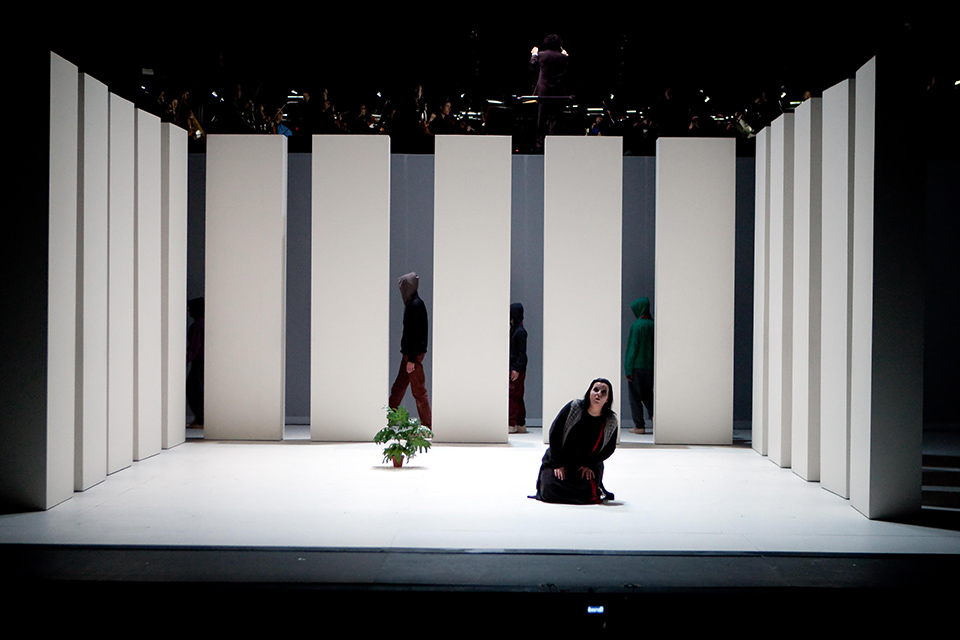 view at the stage during a performance