Every second year the Enescu Festival is held in Bucharest, Romania. This festival is to the remembrance of the Romanian composer George Enescu. The festival is held for three weeks in September and famous orchestras from around the world perform there. The main stage of the festival is Sala Palatului, a hall connected to the former royal palace. This 25,000m3 4000 seats hall was designed for congress purposes and needs to be adapted for symphonic performances when the festival is held. For this a 64-channel mcr system is used, that needs to be tuned. This is done by measurements. The fine tuning is done by listening during the rehearsals of the first performing orchestra and the during opening concert. 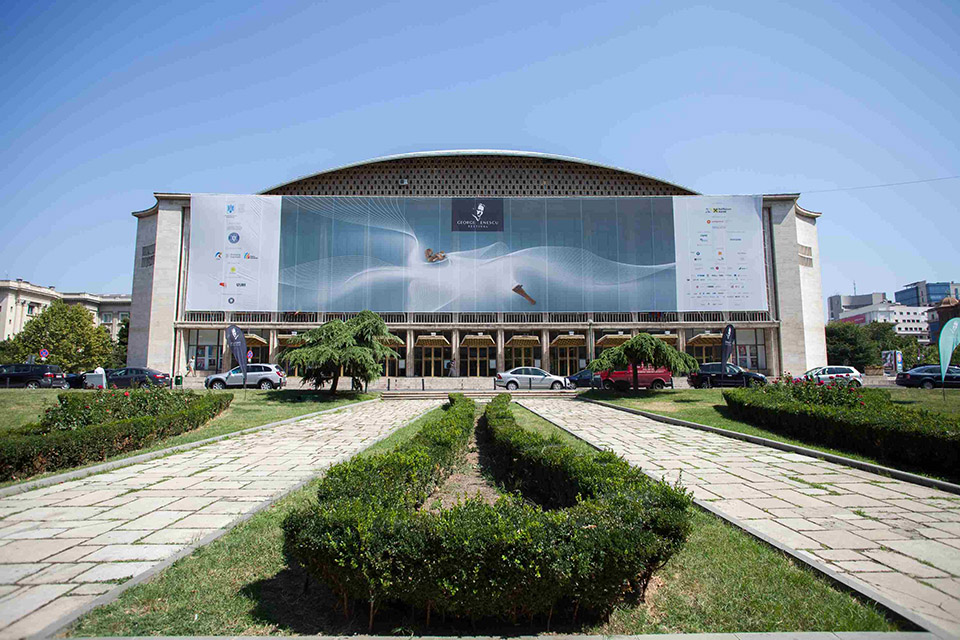 view at the front facade of the building (2017), photo: Ilina Schileru 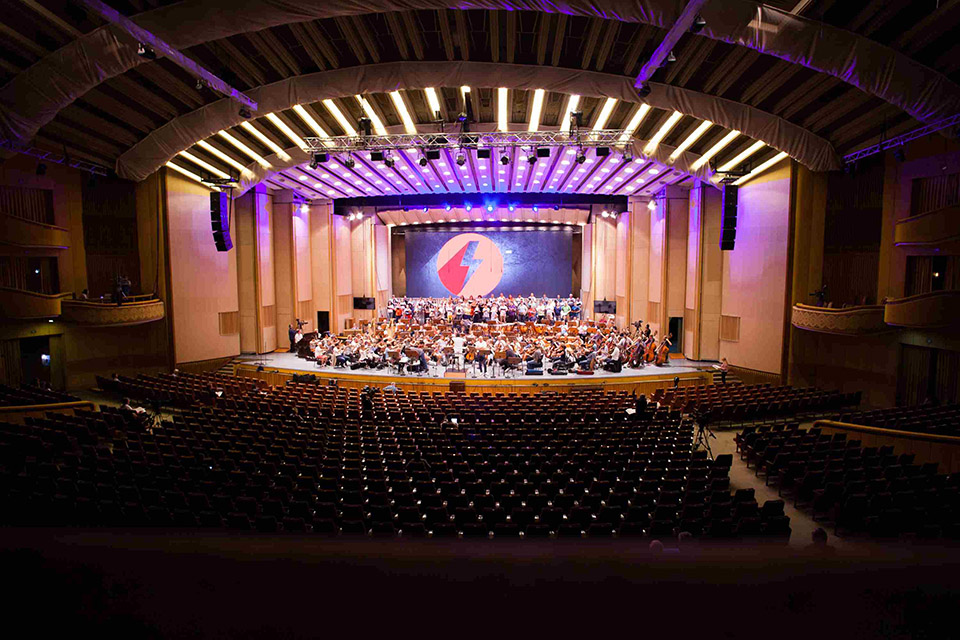 view from the hall with the London Philharmonic Orchestra (2017), photo: Ilina Schileru 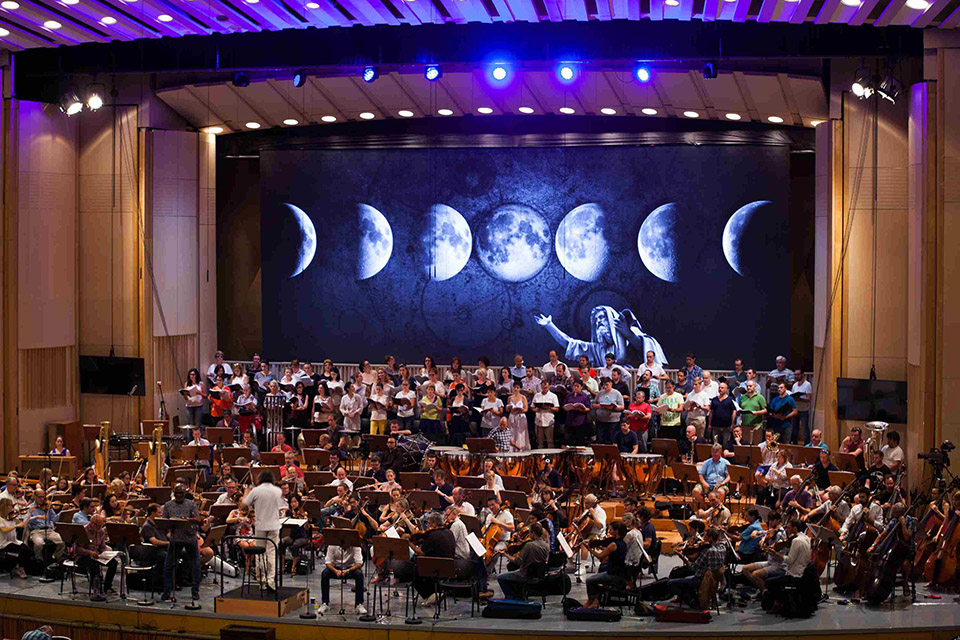 view at the stage with the London Philharmonic Orchestra (2017), photo: Ilina Schileru 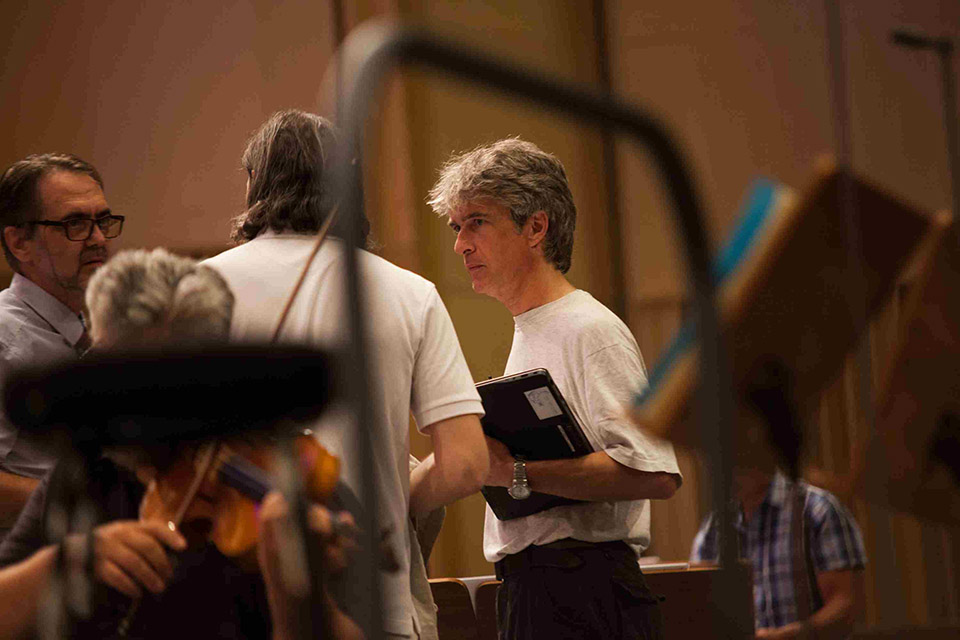